The exhibition Iperoggetto/Hyperobject, dedicated to Stefano Cagol aims at creating continuity of contents, ideas and artistic research in the museum program. With it in fact, first of all we reinforce the Museum mission in supporting contemporary artists who tackle present-day topics, capable of triggering reflections about the present and immediate future. Moreover, by inviting Stefano Cagol, we have intended
to go more in-depth into the language and research of an artist who has already collaborated with the MA*GA in the international project The Body of Energy
(of the mind), still ongoing, as well-documented by the exhibition and catalogue curated by Alessandro Castiglioni, Senior Curator at the museum. A series of large environmental installations, videos and photographs Cagol has carried out in the
last decade, illustrate his research into pivotal topics of each of our lives, such as attention towards the environment, climate change, constant transformation of spatial and mind borders as well as energy debates. These artworks appear as single parts of a choral and fluid narrative, amplifying a key aspect in Cagol’s artistic practice, that is continuity and mobility, circularity of times as well as constantly open proposals moving throughout space and time, which are amplified, modified and reviewed according to mutation of contexts and conditions with a method analogous to a scientific and experimental one. The works on show thus strengthen their meaning
in relation to one another, appearing as landmarks within one great journey which, in short, can be summarised in an invitation to individual responsibility. The single responsibility each of us has towards the world, resources at our disposal and future development. This, in the end, is the central topic in Cagol’s path. When he speaks about energy waste, when he presents the disappearance of ice caps, when he shows the overcoming of borders through a simple light beam or the digital information system, Cagol is speaking about us and to us, with no false rhetoric. The entirety
of Cagol’s research is therefore a great warning conveyed by his artworks, those Hyperobjects, so atypical and so barely definable as to disturb us.

Stefano Cagol faces social and global issues such as the avian flu, September 11, climate change, the energy reserves, and the mutation of borders. His research includes video, photo, performance and installation. His means are both technology and nature as he uses natural elements like fire and ice, and experiments with a poetic use of technical devices like the infrared camera. Key words in his practice are dissemination, displacement and involvement as he forces the limits of the engagement of the public and even of the institutions using propaganda, playing in the public space, including a transnational traveling process in the projects.
He graduated from the Accademia di Brera in Milan and received a post-doctoral fellowship from the Government of Canada at Ryerson University in Toronto.
In 2019 he is holding a solo show at MAGA museum in Gallarate, participating in the exhibition Writing the History of the Future at ZKM in Karlsruhe and in the Curitiba Biennale. He took part in the 2nd OFF Biennale Cairo, Manifesta 11, 55th Venice Biennale, 54th Venice Biennale and 1st Singapore Biennale. He realized large scale time- based installations at Manifesta 12 in Palermo on the façade of the monastery in Piazza Magione, on the main façade of the Royal Palace in Caserta and at the German Ministry of Environment in Berlin in the show for the COP23, the UN climate change conference.
His artworks are part of the collections of MA*GA, ZKM, Momentum Berlin, VAF Stiftung, Haupt Stiftung, Museion, Nomas Foundation, Mart, Unicredit and the German Ministry of Environment. Among the awards he has received are the Visit # 10 of Innogy Foundation and the Terna Prize for Contemporary Art #2, and he was part of artists in residence programs including: Residency.ch (2018); AiR Kristiansand (2017); Ruhr Residence (2016); Cambridge Sustainability Residency (2016); Momentum in Berlin (2015); Air Bergen (2014); Drake Arts Center (2013); BAR International (2010); International Studio and Curatorial Program ISCP in New York (2010). 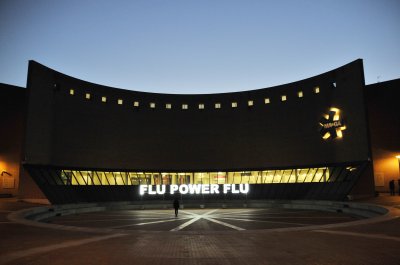 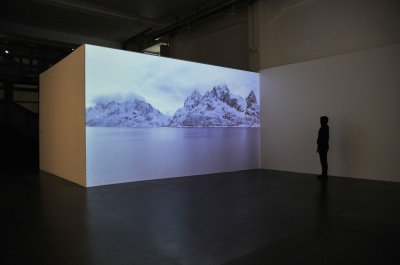 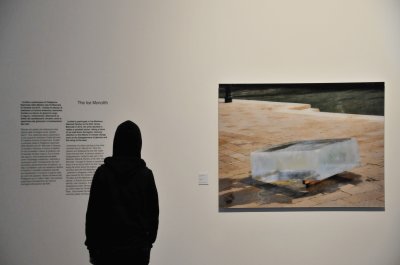 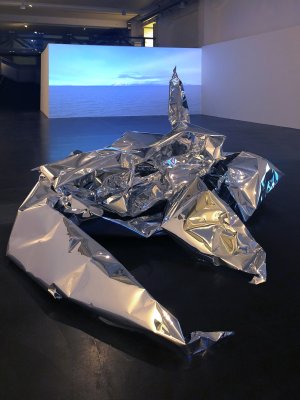 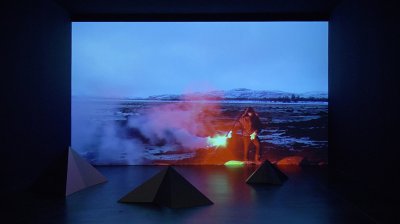